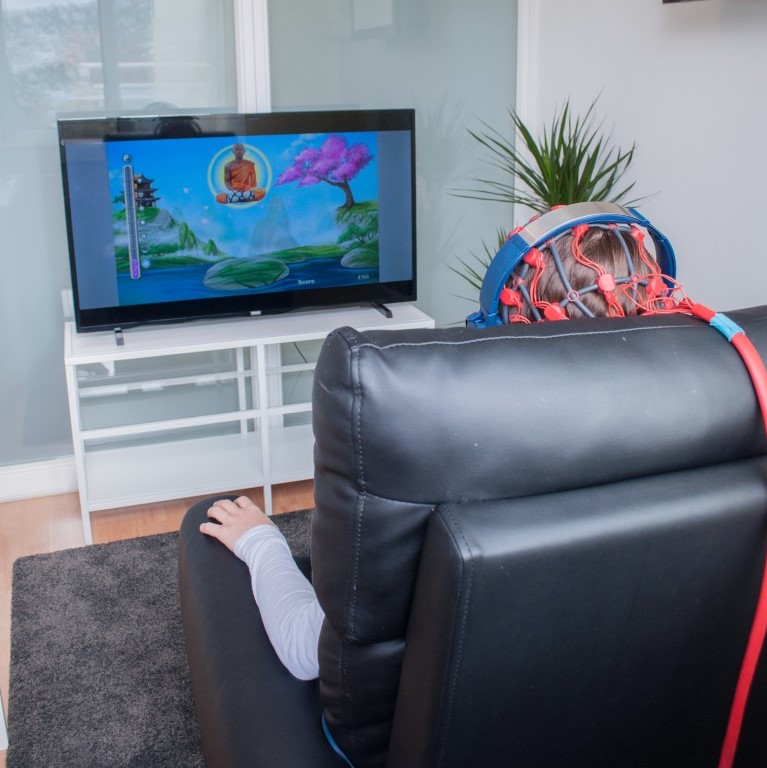 Imagine that you could train your brain in a similar way to muscle training to achieve better results in making decisions, learning a new language or breaking a bad habit. The good news is that today we know how to achieve this. With the help of a unique, non-invasive method called neurofeedback (or neurotherapy), you can reach a new level of success. Most people are not familiar with the term “neurofeedback” and the science behind it, so let’s illustrate this by looking at the big picture. Neurofeedback is a subtype of biofeedback, which is a method of learning how to control your physiological processes including heart rate, skin temperature and conductivity or even mental processes (brain waves). By combining biological information with a feedback loop and operant conditioning we can train the nervous system to adapt its regulatory processes.

The above information forms the basis for “feedback” during the training process, which can be done in many ways – from lights going on and off, to a film, song or game reacting to the biological information collected. The concept of operant conditioning is actually quite simple to understand – it is a way of learning by rewarding or inhibiting a particular behavior, depending on whether it is desired or not. As a category of biofeedback, neurofeedback has the task of monitoring brain waves with the electroencephalogram (EEG). Using this method, the therapist collects information about brain activity, also known as brain waves, and sends it back to the client, creating a feedback loop. All types of biofeedback use a computer or monitoring device along with electronic sensors or electrodes that record the body’s electrical activity. The activity is then amplified and processed by a computer.

The therapist facilitates the feedback loop by defining certain thresholds that must be exceeded or undercut in order to achieve a positive stimulus. This could be, for example, an increase in the volume of music or the brightness of a film. Depending on the feedback, the brain perceives this reaction as a reward or punishment. The brain then continues to search for the rewarding feedback, similar to a dog that receives a treat after good behavior. Through regular neurofeedback training, the brain teaches the dog to actively adjust its activity patterns, which ultimately leads to an improvement in cognitive abilities and well-being. The ability of the brain to adapt to its environment or external input is also known as neuroplasticity, which is explained in a separate article. Put simply, neurofeedback teaches the brain to produce the “right” amount of waves in the “right” places. The result is a better functioning brain. At the beginning of a therapy cycle, it is recommended to perform a so-called quantitative electroencephalogram (qEEG), a more precise method to measure how the entire surface of the brain processes information. The qEEG is based on an international system for EEG recording and uses 19 active electrodes at fixed positions. The data is then compared with standard values that are adjusted for age and gender. The analysis shows statistical deviations in brain function. These so-called brainmaps enable the therapist to develop an individual training protocol that focuses on the relevant areas of the brain.

It is also important to note that research has shown that the effectiveness of neurofeedback depends heavily on the competence of the therapist (Enriquez-Gepper et al., 2019). This includes a comprehensive understanding of the neurobiological mechanisms underlying brain function, the scientific and technological background of the training method, a deep understanding of the psychological factors that can benefit or hinder training, and knowing when certain frequency bands should and should not be trained at certain positions on the brain surface.